According to the CEO of Caesars Entertainment, Tom Reeg, this move showed the breathtaking development in the relationship between sport betting companies and sports leagues and team ownership over the past few years.

Other sports investors are watching closely to see whether the same model could be introduced to more stadiums and sports venues in the country.

Reeg noted that it felt natural to be in the building and be able to walk down the arena and into a venue and place wagers on the teams competing right there or on other teams and events in the U.S. and beyond. He indicated that people are going to see the same continue throughout the country. He asserted this during an interview with CNBC.

The arena is home to the NBA’s Washington Wizards, NHL’s Washington Capitals and NCAA’s Georgetown Hoyas men’s basketball team. The indoor complex can seat over 18,000 and 20,000 fans for hockey and basketball games, respectively. It is located in the Penn Quarter neighbourhood in the nation’s capital. The sportsbook will host bettors every day of the week regardless of matches taking place. It will offer over 20 betting windows and more than a dozen self-service kiosks to place bets.

Since the U.S. Supreme Court turned down the Professional and Amateur Sports Protection Act (PASPA), the sports world has seen a significant change. This law is also known as the Bradley Act. Initially, it banned states from offering legal sports betting.

In 2017, Roger Goodell, the NFL Commissioner, held a press conference right after an owners’ meeting in Phoenix and stressed the matter that the owners and the league itself opposed the legalization of sports gambling.

Goodell noted that they strongly oppose the legalization of sports gambling, claiming that the integrity of their game was number one, something they were not ready to compromise.

Today, the perspectives of the same people who opposed sports betting have changed. They see it as a new frontier, particularly now that the pandemic led to huge losses. Sports teams have also realized that sports gambling brings in more money but more engaged fans.

Monumental Sports and Entertainment are proud owners of several Washington-based sports teams, such as the Wizards and the Capitals. Ted Leonsis, the CEO of Monumental Sports, had championed the legalization of sports betting.

He indicated that when one looks at William Hill Sportsbook, they feel like they are day trading, which is of great benefit for Gen Z and the Millennials. In this case, the highly educated and well-compensated individual can purchase their tickets for thousands of dollars and enjoy how the betting data is presented. Leonsis added that the system is very synergistic for the teams and leagues.

The William Hill Sportsbook stands as the first business to launch in downtown Washington despite the pandemic hitting hard. The money generated has been of great help in boosting the district’s revenue.

Caesars has an increasing number of ventures in different athletic facilities. Its agreement with the Arizona Diamondbacks presents it with an excellent opportunity to access exclusive sponsorship opportunities and mobile betting. The company has also completed a multi-year deal with Major League Baseball (MLB) to serve as one of the league’s authorized operators. It also completed another deal with the National Football League.

The partnership deals are the trend in the sports betting industry as more and more sports leagues start to embrace sports betting. For instance, the National Basketball Association has closed a couple of deals with William Hill, The Score, DraftKings, MGM Resorts, and so on.

The NFL commissioner formerly opposed the legalization of sports betting but now has partnered with FanDuel, DraftKings, and Caesars.

In February, the NHL also increased its sports betting partners by working with PointsBet and taking an equity stake with the sportsbook. 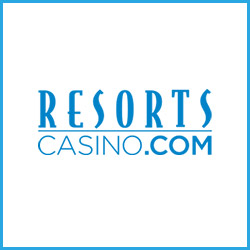 The Connecticut Lottery Corp. has revealed plans to launch a sports betting venue at downtown Hartford’s XL Center that is prominent enough to boost the remodeling of the 46-year old arena that used to be home to NBA’s Boston Celtics until 1995.